When should we use questions?

David Didau recently reminded me of an early post I wrote, challenging the obsession in teaching with ‘questioning.’  So the reasoning would seem to go, asking questions somehow fundamentally makes kids learn more.  It’s something to do with how it gets them to think.  If CPD cycles are to be believed, we must speak only in questions, never expositing or explicating anything.

Given my cynicism, one could be forgiven for believing I believe in only speaking.  While the exceptional questioning matrix put together by Redorgreepen shows this clearly isn’t the case, I didn’t exactly go into any detail about how or when I choose to turn to ‘questioning.’  This is probably because I don’t really have a cohesive structure for it yet; I tend to play it as seems appropriate.

I can’t help but abhor matrices like this one:

Why don’t I like it?  Two reasons.  The first is that it implies a kind of ‘league table of questions;’ we should always ask questions of the form ‘How might…’ and never ‘What is…’ since the first ‘promotes’ ‘high-order-thinking.’  In other words, always ask questions of the former form and you’ll soon see intellects soar.  Ask them in the latter form, as we are chronically guilty, and we doom children to stupidity.  I know, I know, the matrix does not *have* to be interpreted in this way, it could just be a useful reference tool, and I’m sure some who promote it are wise in advocating it only as a framework to help teachers consider the many different kinds of questions available to them, and to evaluate the distribution of their questions, and decide whether that distribution is appropriate (rather than simply saying ‘cram all questions into the bottom right corner.)  However, this leads me onto point two: it has thirty-six separate components!  On top of everything else a teacher is supposed to have in their heads… and all so blurry; they so easily overlap.

Anyway, I wouldn’t begrudge it anyone who found it useful, provided they didn’t interpret it as ‘bottom right good, top left bad.’  Red’s structure, for maths at least, I like a lot, though even here I don’t ever refer to it when thinking about questions; in fact until recently I nearly forgot about it, shame on me!  I have, however, found it useful recently, when considering a recent lesson.

Unplanned, I spontaneously hit upon a line of questioning that worked well, I think.  I wanted to share it here as, in general, it’s a good reflection of when I might choose to use questioning rather than exposition, and why in hindsight I would stand by it as the right choice.  Further, it would be great to get thoughts from other maths teachers on this.

I currently teach mixed ability groups, all in Year 9.  My interpretation of how it went down would go something like this: high ability worked extremely well with it – some middle ability were also good participants – some of the lower end seemed to follow – others in the lower end probably weren’t sure what was happening to them…

Is this an equation we can solve?

–          Because there’s more than one unknown (already previously discussed)

Great, why is that?

Alright, but an assumption has been made here.  Is it possible for m and a to be anything other than 1 and 7… ?

Ah yes, negatives, hadn’t thought of that.  Okay, so two assumptions have been made.  What else could m and a be?

Right.  So not only could they be negative, but now they could be a whole bunch of decimals and fractions that multiply together to make 7.  So what if I told you that both m and a were definitely positive integers, what could you say about them?

Why was this better than exposition in this instance, in my opinion?  Well the exposition would have gone something like this:

“Here’s F=ma. It’s an equation we can’t solve because there’s more than one unknown.  But if we knew that F=12 then we could at least say that m and a together formed a factor pair of 12.  There are several combinations there, but if we happened to know that F was 7, say, then since 7’s a prime number we could nail m and a down as being one of 7 or 1.  That said, there’s currently nothing stopping them from being negative numbers as well, or fractions etc. and so…”

You get the idea…

Tedious.  First, it would probably be far too fast for most to keep up with.  If I just said all that, I would be unlikely to do it slowly enough for *anyone* to keep up with the thought process, never mind everyone!   Second, as Dan Meyer often says, I’m giving answers to questions no-one asked.  Daniel Wilingham notes that ‘We enjoy solving problems…’ and so he might argue that what I was doing was depriving the pupils of enjoyable problems to solve – the questions are more engaging and entertaining than the exposition. 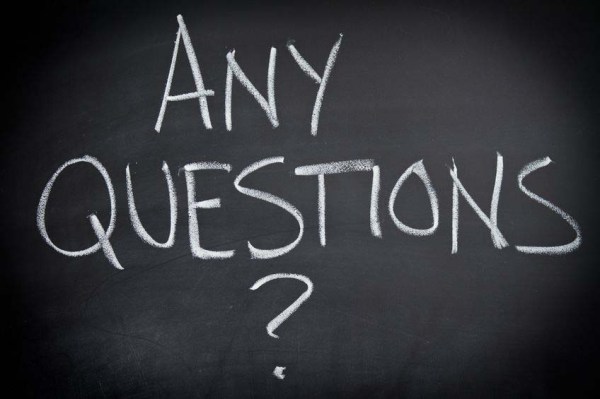 So why not always ask questions?  This was an occasion when at least some in the class were well positioned to answer them.  These questions allowed those pupils to piece together their current, very secure knowledge, making small leaps of logical reasoning, albeit with significant conclusions.  Other cases of questioning in place of exposition might lead to cognitive overload, or time simply being wasted since the questioning didn’t add any value, but took far longer.  That balance must be considered case by case.  I’ve little doubt many experienced teachers already get this, however the institutional fervour surrounding questioning doesn’t seem to reflect it – it’s not like we see equal time and space given over to developing effective teacher explanations, or better yet:

I also wonder if *all* teachers, even experienced ones, understand this particular nuance of questioning, or whether some have become so overexposed to CPD and rubrics demanding ‘challenging questions that magically ‘promote’ high-order thinking’ that they now feel they have to always speak in questions, and never simply tell their kids anything… I certainly know from my own experience that many trainees are left feeling that way.

I checked my question sequence against the ‘Red Rubric’ just for interest – would they fit in there?  It turns out they did, very nicely in fact.  The first two were from column 1 (testing prior knowledge) while the remainder from column 7.

I’m going to try running the discussion with the other two groups I teach, soon as I get chance, to see how it goes with them.  Further questions I’m thinking of throwing in include:

Interestingly for me, this is also in line with the kind of questions asked in the Michel Thomas and Pimsleur language courses.  They ever ask you to ‘repeat after me,’ they instead explain some new words, mnemonics, rules or concepts, and then ask you to translate into the target language some sentence you’ve never heard before “So how would you say…”  It’s a puzzle to be solved, bits pieced together through small logically leaps in reasoning; all category 7 questions.

I’ve no idea if that’s important.  Are category 7 questions the most appropriate for promoting deeper understanding, connecting ideas and building memory storage strength, or am I just constructing yet another false hierarchy?

4 Responses to When should we use questions?